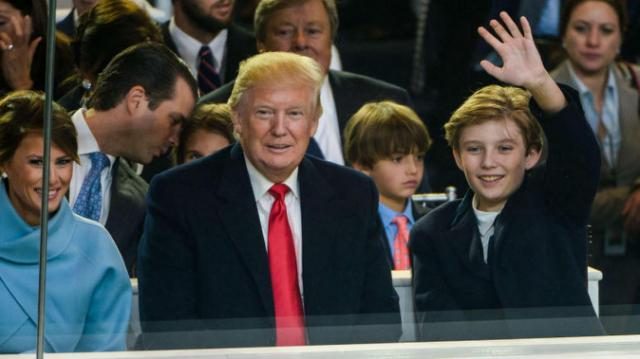 The US has refused to endorse a new global initiative to combat “violent extremism” online citing First Amendment concerns, even as US-based tech firms have joined France and New Zealand in embracing and defending the censorship.
“We continue to be proactive in our efforts to counter terrorist content online while also continuing to respect freedom of expression and freedom of the press,” the White House said in a statement on Wednesday, explaining that it was “not currently in a position to join the endorsement” even though it supported the pledge’s “overall goals.”
“We maintain that the best tool to defeat terrorist speech is productive speech and thus we emphasize the importance of promoting credible, alternative narratives as the primary means by which we can defeat terrorist messaging,” the statement added.
Focusing on the “unprecedented” cooperation between governments and corporations, New Zealand PM Jacinda Ardern glossed over the US absence from the international agreement, insisting that Washington’s lukewarm response “demonstrates broad and unquestionable support for the call.”
French President Emmanuel Macron was less sanguine, vowing “we will do everything so that we are able to get a concrete and more formal commitment” from the US.
The “Christchurch Call,” unveiled Wednesday by Ardern and Macron, lays out comprehensive measures for restricting the spread of content deemed “violent extremist” or “terrorist.” While admitting that most countries already have laws governing such content, and most tech platforms already prohibit its sharing under their terms of usage, the proposal calls for closer cooperation between corporations, NGOs, and law enforcement, as well as between countries.
Some “collaborative actions” recommended by the agreement include “investigating and prosecuting illegal online activity in regard to detected and/or removed terrorist and violent extremist content,” and “incident management teams” that can “broadly distribute information that is in the public interest” in response to “emerging or active events.”
Eighteen countries – including Canada, Germany, Indonesia, Japan, and the UK – have signed on to the pledge, as have tech companies such as Facebook, Amazon, Google, Microsoft, and Twitter. Facebook promised to ban users who violate its “most serious policies” from livestreaming and buying ads, while all five platforms pledged to develop tools, including AI and machine learning, to remove “extremist” content.
“This isn’t about freedom of expression,” Ardern insisted last month in response to free speech concerns from New Zealanders, “this is about preventing violent extremism and terrorism online.”
But the involvement of Macron has troubled some. One of his first acts as president was to make permanent an emergency law allowing individuals merely suspected of terrorist links to be placed under a form of house arrest for up to a year. Earlier this year, he pushed for social media platforms to ban users guilty of “hate speech” from their platforms for life, just a week after espousing a novel definition of hate speech that included anti-Zionism in its meaning. The Christchurch Call does not define what constitutes “extremism,” and its enforcement is entirely dependent on individual governments.
The proposal was named after the New Zealand city in which an Australian gunman murdered 51 Muslim worshippers at two mosques back in March while live-streaming the attack on Facebook. In the aftermath of the attack, the government struggled to keep the footage from resurfacing on the web, imposing unprecedented restrictions on sharing and hosting the video including fines and even jail time.