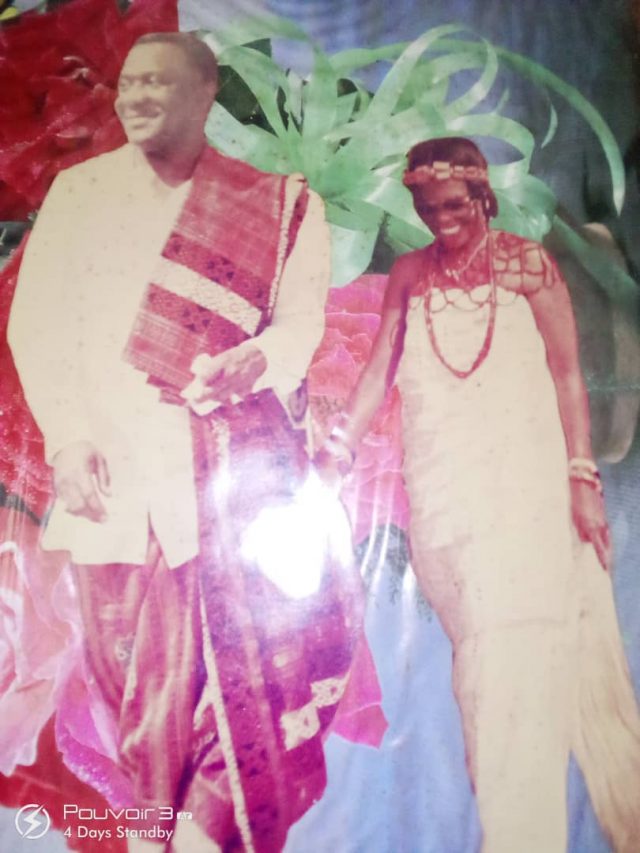 Over 30 years ago, late Nigerian maverick politician, Chief Francis Arthur Nzeribe, who was also a Prince, fell in love at first sight with royalty, the Princess of Illah, a Delta State-born flight steward with the defunct Nigerian Airways. She is Dr. Anthonia Ogbeyanu Ngozi Odaze Nzeribe.

Odaze Nzeribe is very popular on radio across the country, but not many knew her full identity. On radio, she is popularly known as the Voice of Radio on Radio Nigeria stations nationwide. She is a regular contributor to Radio Nigeria’s current affairs programmes. Some others on several other radio stations simply know her as Princess Odaze, Princess of Illah or Ada Odaze.

Late Arthur Nzeribe met the Princess of Illah in a very uncommon manner. It was equally unusual for the late politician to have proposed to marry the Princess the same day they met.

Dr. Odaze Nzeribe, who did not want to speak on the good old days earlier, eventually revealed, in an exclusive chat, the circumstances that led to her marriage with Senator Arthur Nzeribe.

She disclosed that as a staff of the defunct Nigerian Airways, she was assigned as the flight hostess to a security flight from Ghana to Nigeria on the fateful day she met the one time strongman of Nigerian politics.

She was the only female civilian on the flight. The main passenger was the Imo State-born Prince who hails from Oguta, in Oguta Local Government Area of the state.

Before venturing into the Nigerian politics, Chief Arthur Nzeribe sojourned in the United Kingdom and Ghana. In the two countries, Nzeribe was very influential.
At one time, he became the richest African in the UK and served two presidents in Ghana before his influence waned.
Nzeribe was said to have met President Kwame Nkrumah of Ghana, through the Ghana High Commission and started to work for his government in area of public relations.
Late Nkrumah was said to have also introduced him to other African leaders before he was overthrown by Joseph Arthur Ankrah, whose administration equally turned to Arthur Nzeribe’s public relations firm, JEAFAN for help in improving the public image of the government. But when Ankrah left office in April, Nzeribe lost his robust influence in Ghana.

Narrating how they met, Dr. Odaze Nzeribe said she met her husband while on duty on the security flight to Nigeria.
“I met him in Ghana when he was being extradited from Ghana and he was being brought back to Nigeria. I was with an airline, a stewardess then with the Nigeria Airways.
“I was a crew member on the flight that brought him back to Nigeria when he fell out with the then President of Ghana.
“He was sent to Kirikiri prison in Lagos for a short while and he came out”, she said.

According to her, as the air hostess, “while on air, we had a chat and he wanted to know where I was from and I told him that I am from Illah.
“It was a security flight and I was the only stewardess on board. I was the only civilian on the aircraft besides the Pilot and Co-pilot. The captain and co-pilot were Nigerian Airways staff.
“But during the flight, there was drama. Before he came into the aircraft, he was on handcuffs. So, when he came into the aircraft, he asked me to remove the key from his pocket.
“He had a light blue French suit. They handed him over to a senior air police. So, I took permission from the captain, unlocked his hands and he said I should put back the key back into his pocket, which I did.
“There was food on board for him with whisky, which I served him, with permission from the captain on the flight.
“I sat by him as he was talking about his experience in Ghana. He was telling all of us in the aircraft what happened in Ghana and all that”, she further narrated.
“What happened was that when we got to Lagos from Accra, the security officers brought a big Black Maria to carry him off and before he went into the Black Maria, he told me that he was going away to have a chat with security people and when he is back, he will come and marry me.”
Just like that, on that day, Senator Nzeribe proposed to marry her. But as bizarre as that could sound, she said that “one good day, after a few weeks, he just came to look for me in the airport but he didn’t see me.
“They told him where he could find me. He came there and he asked me to get into the car.
“I was very young and I was scared because he was declared like a very dangerous person.
“So, we went to my uncle’s house. He met my uncle and my eldest sister and my mother.
“My mother had visited from Illah because my sister had a baby; she came for omugo.
“After seeing my mother, he said that God has done it for him. He introduced himself to my uncle and my brother-in-law, that he is Arthur Nzeribe.
“My brother-in-law was so excited, my uncle was excited, and everybody was excited.
“My younger sister, now Hajiya Asabe Yar’Adua was there. We were both staying in my brother-in-law’s house.
“He gave my mother a huge sum of money and asked her to go home and tell my father that he will come, a Prince from Oguta.
“We inter-marry with the Oguta people because his aunt was already married to my uncle, our late Obi in Illah.
“We had this long standing history of intermarrying with the Oguta people and the Nzeribes. We have the same culture with the people of Oguta.
“There is the belief that a part of Illah came from Oguta or vis-ver-sa.
“So, we virtually have the same culture and tradition.
“He came and married me and all my people were there. All the Igbos living in the camp were there”, she said.

Royal Marriage Sealed for Life
As part of the marriage rites for royal families, Cheif Arthur Nzeribe paid for a head of tobacco to seal the marriage for life.
In line with the culture and tradition, if a man paid for the head of tobacco as part of the marriage rites, there will be no divorce.
“The woman is stuck with the man for life. That does not stop the man from marrying but the woman cannot remarry. And in most cases, it happens in royalty.
“That is how it is in royal home in Illah here and that is why I am Odaze, which simply means Adaeze. Arthur was from a royal home; the Ekwueme royal family.
“So, we both of us knew what we were doing; that if you marry, you are married till death. And, as royalty, he cannot marry without his people knowing where he was going to marry from.
“When my father died, they sent cow with customary wrapper and all other traditional rites were performed”, Dr. Odaze Nzeribe said. 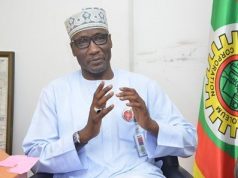 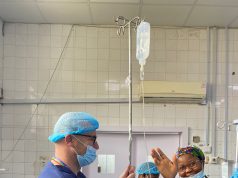 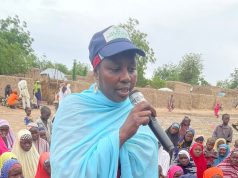