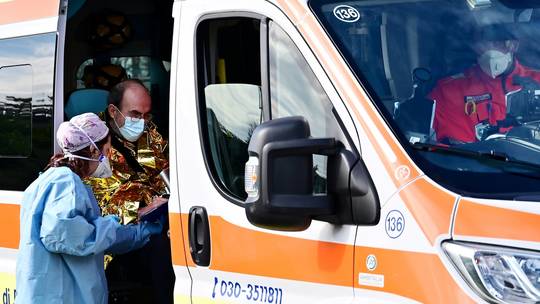 Russia scientists have carried out the first unofficial trial of a Covid-19 vaccine – and they say it’s effective.
Epidemiologists in Moscow took the unorthodox step of injecting themselves and examining their own results.

The test, conducted by employees at the National Research Center for Epidemiology and Microbiology, reportedly saw the participants gaining immunity to the virus with no adverse effects. According to the research center’s director, Alexander Ginzburg, this is a step towards state-sanctioned trials.

“We will consider the experiment successful when we get permission for official trials from the Ministry of Health and carry them out,” he said, speaking to Russian news agency TASS.

According to Ginzburg, the scientists chose to vaccinate not only to prove the effectiveness of their creation but also to defend themselves from the virus and gain immunity, enabling them to continue working throughout the pandemic. The director did not specify how many people were vaccinated, but described them all as “alive, healthy and happy.”

Ginzburg believes that it would take about six months to immunize the entire country once the vaccine is officially approved. If everything goes to plan, he hopes it will be approved by the end of summer. In his opinion, the first people to be immunized should be frontline doctors and the elderly.

On Thursday, Health Minister Mikhail Murashko told TV channel Russia 1 that “access to wider use of the vaccine should appear sometime at the end of July.” Previously, Deputy Prime Minister Tatyana Golikova had reported that 47 different vaccines were being developed throughout the country.