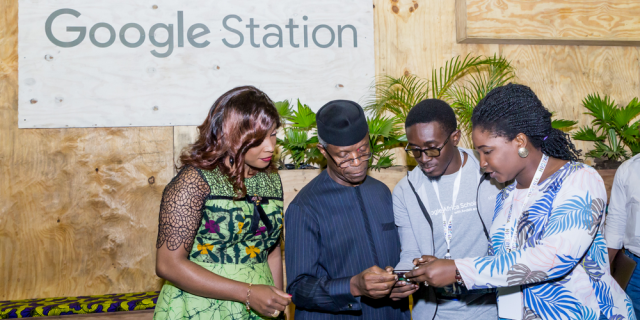 Google has unveiled its Google Station in Lagos, aimed at providing free high-quality, high-speed Wi-Fi hotspots to millions of Nigerians.

The launch made Nigeria the fifth country to get Google Station, after India, Indonesia, Thailand and Mexico.

The Google Country Director, Mrs Juliet Ehimuan-Chiazor, who made the disclosure in Lagos on Friday, said the station would roll out in 200 locations in five cities across Nigeria by the end of 2019.

“Google for Nigeria on its second year made some big announcements aimed at helping more people in Nigeria, and across Africa to benefit from the opportunities the web has to offer.

“In a bid to make the internet more easily accessible to people in Nigeria, Google is launching Google Station for Nigeria – a programme to provide high quality, high-speed Wi-Fi hotspots.

“Google Station will be rolling out in 200 locations in five cities across Nigeria by the end of 2019, bringing Wi-Fi to millions of people.

“The sites include markets, transport hubs, shopping malls and universities,” she said.

The official said that Google launched the Google Station in partnership with 21st Century, one of the largest fibre network providers in Nigeria.

She said that Google was also making search better for the ordinary Africans, noting that job search it launched in March in South Africa, Nigeria and Kenya, was rolling out in 29 new countries.

Ehimuan-Chiazor said that, in Nigeria, Google was launching a search experience that would allow users to explore their health conditions based on symptoms, adding that it was making a recipe search.

She said that Street View’s Discover Nigeria Gallery had been expanded to include more Nigerian wonders including the National Museum in Lagos, Olumo Rock in Abeokuta, Millennium Park in Abuja and Lekki Conservation Centre in Lagos.

She said that the Google for Nigeria had updated several products from its “Go” initiative launched in 2017, and added new features to include Google Go, YouTube Go, Google Map Go and Android Go.

“Google Go reads web pages out loud and highlights each word so users can follow along.

“For YouTube Go, users will be able to browse downloaded YouTube Go videos saved as files right from the gallery to their phones.

“Google Maps Go will provide users with turn-by-turn directions, whether they are travelling by car, bus or walking on foot,’’ she said.

The official said that Android Go, launched in Nigeria and 29 other African countries early this year, gave people coming online for the first time a reliable smartphone experience.

She said that Google had trained no fewer than over 2.5 million of the 10 million Africans, it promised to train by 2022 on digital skills.

She added that Google trained another 9,000 Africans in mobile app development.

According to her, the Google’s Launchpad Accelerator Africa initiative graduated 12 promising startups from the continent in June.

“The application process of the ongoing Google Impact Challenge, part of Google’s $20 million Google.org commitment to Africa over the next five years, closed with over 5,500 entries. The process of selecting the 36 finalists has begun.

“We are offering new solutions to improve and expand access in Nigeria and across Africa.

“These launches demonstrate our commitment to Africa through products built to help people in Africa to make the most of the Internet,” Ehimuan-Chiazor said. 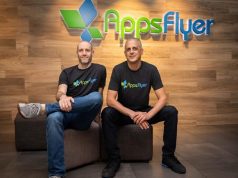 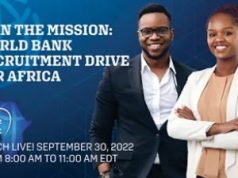 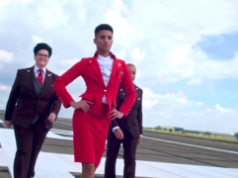