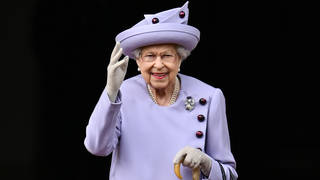 By Fred Ohwahwa
Amazing. Astonishing. Brilliant. Excellent. Exceptional. Exciting. Extraordinary. Great. Inspiring. Historic.
It is difficult to find the appropriate words to describe the transition of Queen Elizabeth 11 and its aftermath, culminating in her funeral on Monday September 19th, 2022
The intimations of her imminent passing were brought upon us a few hours earlier. The Palace had issued a statement that the Queen was gravely ill. And the moment came in evening of Thursday September 8th 2022. Though she was pretty old at 96, her transition was still a sombre moment. Many people around the world will remember exactly where they were when the news was broken.
My wife and I were at a swanky hotel in Abuja savouring the frills of a party being held for a friend and some of his colleagues by his organisation.
It was clear from that moment that a great thing has happened to the world. Queen Elizabeth 11, a permanent fixture in the world, has passed on. It was a time for mourning; but it was a time of history. A time to remember; a time never to be forgotten.
A Queen for the ages has gone. A vacuum has been created. To be filled by her son, who automatically became King Charles 111.
Her funeral was an incredible sending off. It is the stuff from which myths are made. It is not likely that many of us who witnessed the exceptional funeral will see such a thing again in our lifetimes. Kings have died and have been buried in the last 100 years; heads of state and government have also gone the way of all mortals during the same period. None, repeat none, approximates the farewell accorded the late British monarch.
The biggest irony is that through the death of their Queen, the British people got the best public relations blitz in many generations. Of course, the death of the monarch was not unexpected, since all mortals will bid this world goodbye at a certain point in time. And many of things we saw on display had actually been rehearsed over the years. But there is no question that almost every aspect of the Queen’s transition exceeded expectations.
Surely, there are a few people around the world who have grumbled asking why so much noise is made of Her Majesty’s passing. Some have even dredged up Britain’s colonial history and concluded that there is nothing edifying about the British people and their monarch.
Well, it is a free world, and people have the right to vent their views and frustrations.
I will rather dwell on the edifying and take-away points. The planning and flawless execution of the plans for the funeral are worthy of emulation. By all men and women who desire progress. You do not give what you don’t have. The British people have once again demonstrated to the world that Discipline is one of their hallmarks. Discipline in terms of Order and Timeliness.
The British seized the opportunity to showcase the best of their traditions and cultural heritage. Nobody will do it for you; you have to proclaim who you are. According to the late Anwar Sadat, the land is the oxygen of a people.
In some parts of Nigeria, a king dies and what the local people are subjected to is fear: rumours of people to be killed to appease the gods; people should not go out at certain hours of the day, etc, abound during such period. They are unedifying things.
Much has been said and written about decline and fall of the British empire. That may be true; but they are still a proud people with enviable pedigree. They venerate their institutions. And the monarchy stands tall above all else. I guess that during the past two weeks, some French men and women would have been silently regretting why their forebears did away with their monarchy in the 18th century. But the British monarchy almost gave way during rampaging reforms of Oliver Cromwell in the previous century and only survived by its modernizing instincts.
The emphasis that was placed on the “Selfless Service” of the Queen by her people in the last few days is worth examining in this piece. Add that to the outpouring of grief by the whole nation and much of the rest of the world and we will see some lessons for all of us, whether at the individual or communal levels. When a bad ruler dies, the people rejoice. Finding someone who had any untoward thing to say about the Queen was impossible. Even critics of the institution couldn’t see anything to fault about her.
She lived her life in a gilded cage for over 70 years. It was a life with minimal privacy and continuously under the gaze of the media. But she acquitted herself reasonable well. I remember reading Tony Blair’s memoir and the portion on Princess Diana’s death and how he narrated the great efforts it took to convince the Queen to react appropriately to the tragic occasion. It was a time of transition for the monarchy and indeed the rest of the society to the new Information Age. If there was a blip in her reign, that was it.
The shortcomings of some her children could not be blamed on her. In any case, it simply demonstrated that they are humans, after all.
I saw the Queen only once. That was in February 2002 in faraway Australia during the Commonwealth heads of government meeting of that year. As she walked past us – we the plebians – just before declaring the conference open, the aura she radiated was unmistakable. It filled the grounds. You didn’t need anybody to tell you that a great personage is around you.
For me, the biggest takeaway from the Queen’s death is: Live a good life and posterity will take care of the rest. 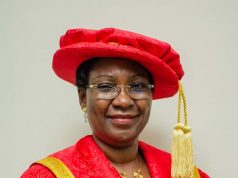 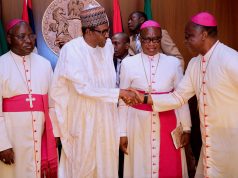 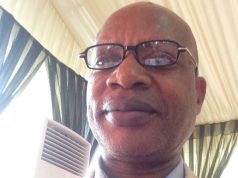