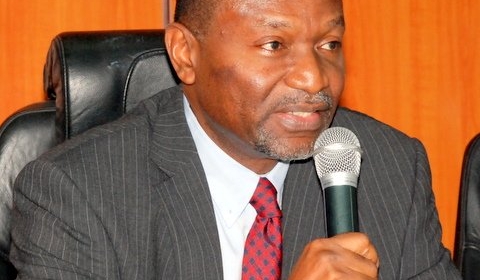 The Federal Ministry of Budget and National Planning says it is working to review the data information system known as Basic Registry and Information System in Nigeria (BRISIN), to enhance effective planning and development.

The Minister’s Media Adviser, James Akpandem, told the News Agency of Nigeria (NAN) that the ministry was committed to implementing the project.

He said BRISIN had not been stalled and officials of the ministry had no ulterior motive or interest other than national interest, as far as the project was concerned.

BRISIN is an integrated system for the collection, storage and distribution of information to support the management of the economy.

The Federal Government had approved the implementation of the project which would be carried out by Dermo Impex, an Italian based Information and Communication Technology (ICT) Company.

Akpandem said there were some issues at the initial stage which delayed the project take-off.

“These were lack of budgetary provision, the non-receipt of concrete response from the technical partners on their management/board structure as well as their commitment to the project, among others.

“By the time those issues were sorted out, new developments with potentials of affecting the delivery of the project in its original form would have emerged.

“These include statutory agencies charged with the mandate of data collection and storage or whose activities require functional and verifiable database,’’ he said.

Akpandem said the ministry thought there was need to review and harmonise activities and deliveries of such agencies and align them with the proposal of BRISIN.

He said there was need to align them with the proposal of BRISIN to avoid unnecessary duplication of efforts and waste of scarce resources.

“Once these are sorted out, the adjusted version of the project might commence with the pilot exercise in the FCT.’’

Meanwhile, Head of BRISIN implementation, Dr Anthony Uwa, has appealed to the Federal Government to fast track the review of the project and ensure its effective implementation.

Uwa, Managing Director of Dermo Impex, said the technical partners had done a lot of work to deliver the project to the government.

He urged the ministry to assume its coordinating responsibility so that the Federal Government could inaugurate the project.

The managing director said the system had been publicised by the solution provider home and abroad.

He said the system was now elevating Nigerian image abroad and giving the investors the confidence that Nigeria would change for better with data governance platform.

“Though this project has been on the pipeline for over nine years, and what everyone has been waiting for is the flag off to confirm the willingness of Nigerian government to give credit to their change mantra,

“They are waiting for the government to convince the world of its readiness to fight corruption, guarantee the security and create enabling environment for investment.’’

No fewer than 9,822 servers will be installed in all the wards, local governments and states in the country as part of implementing the project.

The service provider will install one server in each of the 8, 812 wards in Nigeria and move up to the 774 local government headquarters.