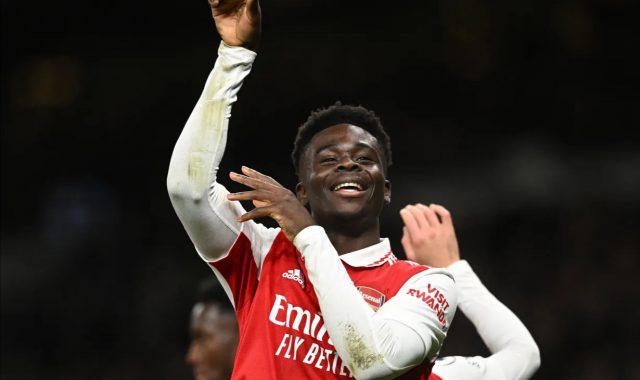 The Gunners had claimed only two points from a possible 24 at Spurs going into Sunday’s derby but they took the lead when Lloris fumbled Bukayo Saka’s 14th-minute cross into his own net.

Odegaard, the Premier League Player of the Month for November/December, continued his fine form and swept Arsenal 2-0 ahead from Saka’s pass on 36 minutes.

With nothing to lose, Spurs pressed hard to find a way back after the break as Dejan Kulusevski and Harry Kane went close, while Aaron Ramdale’s save from Ryan Sessegnon was the pick of some important stops by the Arsenal goalkeeper.

Arsenal’s chances were restricted in the second half with Eddie Nketiah carving out their best opportunity on 70 minutes but Lloris was equal to his effort.

Spurs substitute Richarlison and Son Heung-min were also frustrated by stoic Arsenal defending as the Gunners held firm for an historic win.

Arsenal remain top with 47 points from 18 matches, their best start to a Premier League season. Spurs are 14 points behind in fifth spot.

Newcastle leave it late
Substitute Alexander Isak scored a late winner in a 1-0 success against Fulham as Newcastle United equalled a club-best run of 14 unbeaten top-flight matches to return to third spot.

There was little to separate the two in-form teams – Fulham were also on a record Premier League run of four straight wins – throughout an even contest.

Fabian Schar hit the woodwork for Newcastle just past the hour-mark before Aleksandar Mitrovic looked to have given Fulham the lead with a 69th-minute penalty but he accidentally hit the ball twice taking the spot-kick and it was ruled out.

With the match heading for a draw, Isak scored with a close-range header to mark his first Premier League appearance since September in style.

Prior to kick-off, the first match at Stamford Bridge since the passing of Gianluca Vialli, former Chelsea stars including Mark Hughes, John Terry and Graeme Le Saux joined the fans and players from both teams in a minute’s applause.

Chelsea’s new signing Mykhailo Mudryk was introduced to the Stamford Bridge crowd at half-time and he would have been impressed by a moment of quality that broke the deadlock on 64 minutes.

Hakim Ziyech whipped over a delightful delivery from the left and Havertz rose high to power home for his first goal in five matches.

Havertz went close with another header but it then took a superb late save by Kepa Arrizabalaga to deny Palace an equaliser, tipping over Cheick Doucoure’s stinging long-range volley.

Chelsea remain in 10th spot on 28 points after their second Premier League win in 10. A fourth defeat in five keeps Palace 12th with 22 points.

Fresh from their dramatic 2-1 derby win over Man City, Man Utd will be looking to close the gap on Arsenal when they visit Palace on Wednesday. 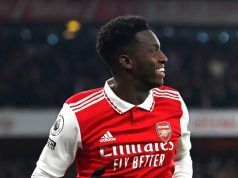 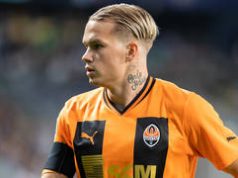 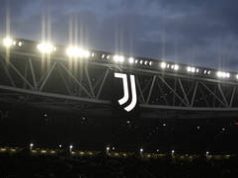