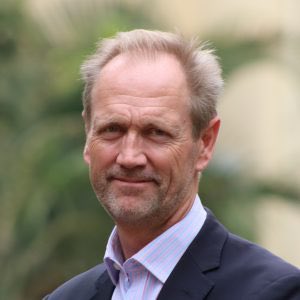 Commissioned by FSD Africa, the Children’s Investment Fund Foundation, and UK Aid, the Landscape of Climate Finance in Africa is a first-of-its-kind analysis to map climate finance flows in Africa by region, by sector, and by source. By improving the understanding of the volume, sources, thematic uses, and sectoral allocation of these flows the research will help investors and climate negotiators identify entry points, financing gaps, and opportunities for new investments. Crucially, the research also provides a baseline against which to measure progress on climate finance and the success of particular interventions.

Key takeaways from the analysis include:

Recommendations from the analysis to address the current climate financing gap and accelerate investment into Africa’s diverse opportunities include:

CPI’s Global Managing Director Barbara Buchner said: “Africa offers a wealth of climate-related investment opportunities. New value chains are taking root as the continent’s industrial mix extends beyond extractives and other traditional sectors. However, public and private actors must act with scale and speed to help bring Africa’s climate goals to fruition. While the investment opportunities are substantial, the social, economic, and environmental benefits which could be realized are even greater.”

FSD Africa CEO Mark Napier said: “Climate finance will be critical for enabling Africa to adapt to the growing impacts of climate change. Public and the much larger sums of private sources of financing remain critical components of climate finance for Africa. The research findings, represented in this new report, the Africa Landscape of Climate Finance, provide the first independent, comprehensive, and accurate analysis of the funding that is currently available to Africa.  This data is crucial to set the context for negotiations at COP27 and for our ability to measure global progress on climate finance.”

“This report is a crucial one and comes at a time when it is urgently needed, and to inform the discussions and negotiations at COP27 in Egypt,” said Valli Moosa, Deputy Chairperson South African Presidential Climate Commission. “Importantly, a report such as this allows us to measure whether the commitments of developed countries to provide finance to developing countries, is indeed being delivered.”

This research was cited in the Global Center on Adaptation’s report, Financial Innovation for Climate Adaptation in Africa.