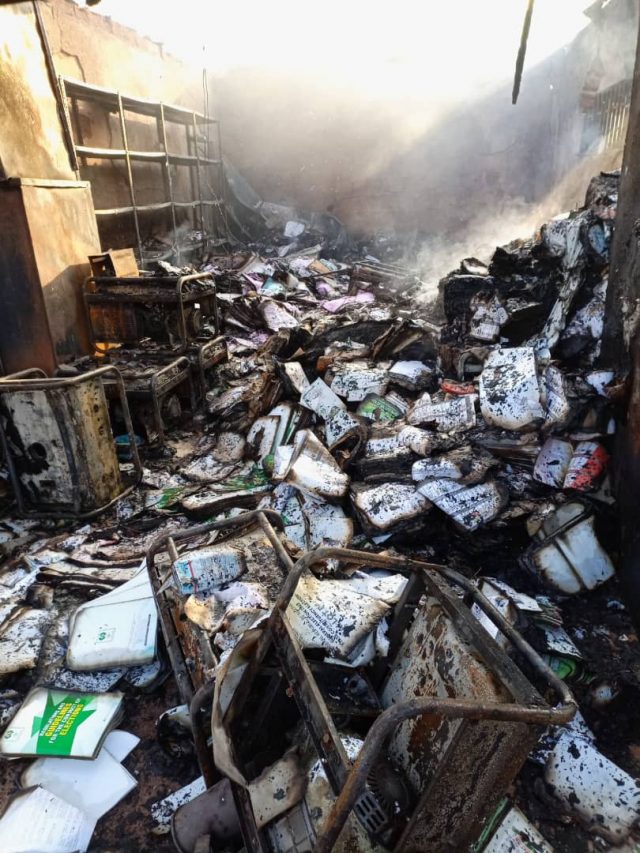 Yiaga Africa has expressed concern over the recent “coordinated and premeditated” attacks on the facilities of the Independent National Electoral Commission (INEC).

The Director of Programmes of the Yiaga Africa, Cynthia Mbamalu, in a statement on Saturday, noted that the attacks pose a potential threat to citizens’ right to vote in elections.

“These are indeed dangerous signs for the country’s fragile democracy as it will not just affect the commission’s preparation for upcoming elections but also diminish citizens’ confidence in the electoral process.

“The disturbing trend of attacks on the offices and facilities of the Independent National Electoral Commission is not just an act of sabotage to a critical institution established by the Constitution to guarantee democratic leadership in Nigeria but an assault on democracy and credible elections.

“These attacks also pose a potential threat to citizens’ right to vote in an election. Yiaga Africa is concerned that, attack on democratic institutions is antithetical to the drive for Electoral Reforms,” the statement said.

The citizen-led organization noted that no fewer than 21 INEC offices across 10 states have been attacked, vandalized  or set ablaze within the last 24 months, with the most recent being the vandalisation and burning down of INEC offices in Udenu LGA in Enugu State and in Ezza North LGA in Ebonyi State.

It noted that the attacks will most likely have a negative impact on election planning, deployment of personnel and materials and the overall cost of elections in Nigeria.

“We empathize with the Commission as we can testify to the huge challenges that come with election management and deployment of materials to various polling units ahead of elections.

“These sad incidents will create a financial burden on INEC and increase the cost on INEC and Nigeria by extension. In addition, it is also a source of distraction to INEC especially with the ongoing expansion of voter access to polling units and the planned commencement of the Continuous Voters Registration (CVR) across the country.

Yiaga Africa also expressed worry that no arrest has been made in connection with the heinous crimes.

“We are afraid that, if these incessant arsons on election facilities are not checked, this will affect Nigeria’s plan for the 2023 general elections.

“Citizens are interested in an in-depth investigation into these attacks and for perpetrators to be arrested and prosecuted as a deterrent to plans for any other attack.

“Failure to do these will enable this culture of impunity and create a violent climate for the elections.

Noting that the election management body plays a crucial role in consolidating the nation’s democracy, Mbamalu emphasized the need to protect its independence, its facilities and its personnel.

According to her, “Security agencies must step up an effort to protect government institutions against enemies of democracy who are bent on destroying democratic institutions.

“Amidst the declining security situation in the country and diminishing confidence of the citizens, this is an opportunity for Nigerian security agencies to live up to their mandate of protecting lives and properties.”