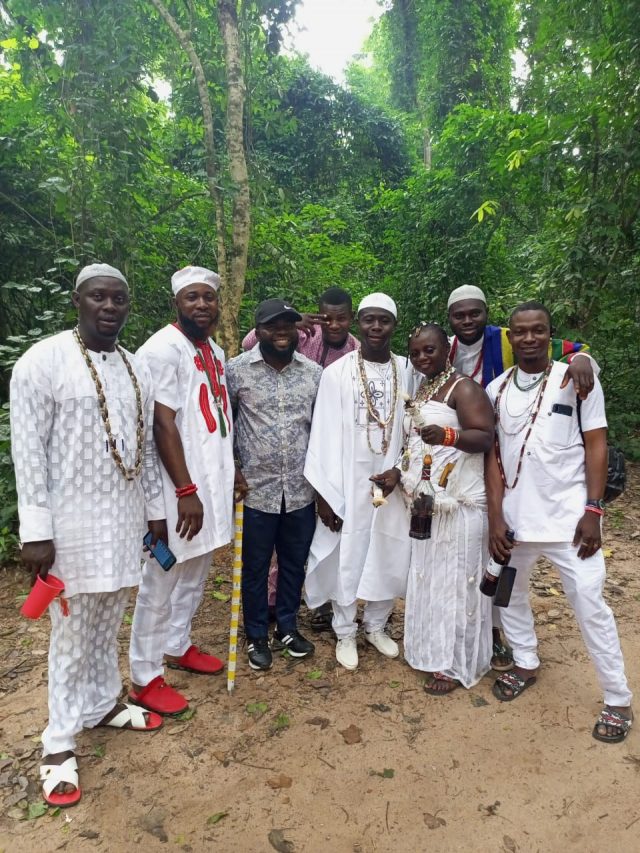 OSOGBO, the capital of Osun State has turned a mecca of sorts as traditional religionists from across the country trooped in to celebrate the 2022 Osun Osogbo Annual Cultural Festival happening tomorrow, Friday August 12, 2022.

As early as midweek (Wednesday), the Palace of the Ataoja of Osogbo, His Royal Highness, Oba Jimoh Abidemi Olanipekun, had been overwhelmed with worshippers who came from all walks of life to pay homage to the Custodian of the Osun River and Museum and to participate in this year’s celebration.

Speaking with our reporter,
Chief Akintayo Amoo, Liaison Officer to the Ataoja of Osogbo on the Groove, Museum and Palace, said the “festival is important because of its symbolic connection to the Traditional Faith.”
In commemoration of the festival, over 500,000 guests are expected to visit Osogbo, a development that has inspired an upsurge in economic activities.
One of such development, as observed by our reporter, are the informal exhibition of cultural items such as sculptures, shells, beads, calabash and Adire fabrics, among others.

Amoo told CITYVOICENG that “the Osun Osogbo Annual festival makes significant impacts on the economy of Osun State, as it is the singular most important event that boosts tourism activities in the state.”
Prince Osunyemi Ifarinu, the Baba Osa of Osogboland, explained that the annual Osun Osogbo Cultural Celebration is a month – long activity, which would climax with the celebration tomorrow.
The celebration at the Osun shrine, by the banks of the Osun River, is expected to include the appearance of the River Goddess from the buttonlm of the river, a sign of acceptance of all the propitiation supplicated to her.
“Osun Osogbo Festival is very important. Historically, the Osun River may emanate from Egede in Ekiti State, but at the point of worship in Osogbo here, located at the Sacred Groove, it has transformed into shrine for healing and wellness. And the magic behind this healing is our Mother, the caring and compassionate Yeye Osun, whom we are celebrating,” he added.

At the Shrine of the Sacred Groove of the Osun River, worshippers were seen, visiting en-masse, with many eulogising the Goddess of the River for her magnanimity, thanking her for what she has done for them and supplicating new wishes.
” I come here every year to thank Yeye Osun for what she has done for me and make new prayers. With strong belief that my wishes would be accepted, I usually returned the following year for Thanksgiving,” said Adifala Olomitutu, a Devotee and Priest who traveled from Lagos to witness the celebration. 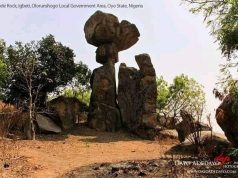 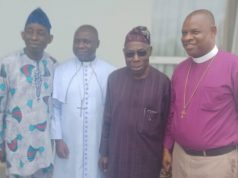 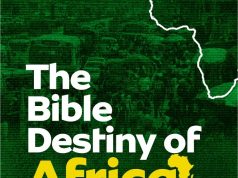